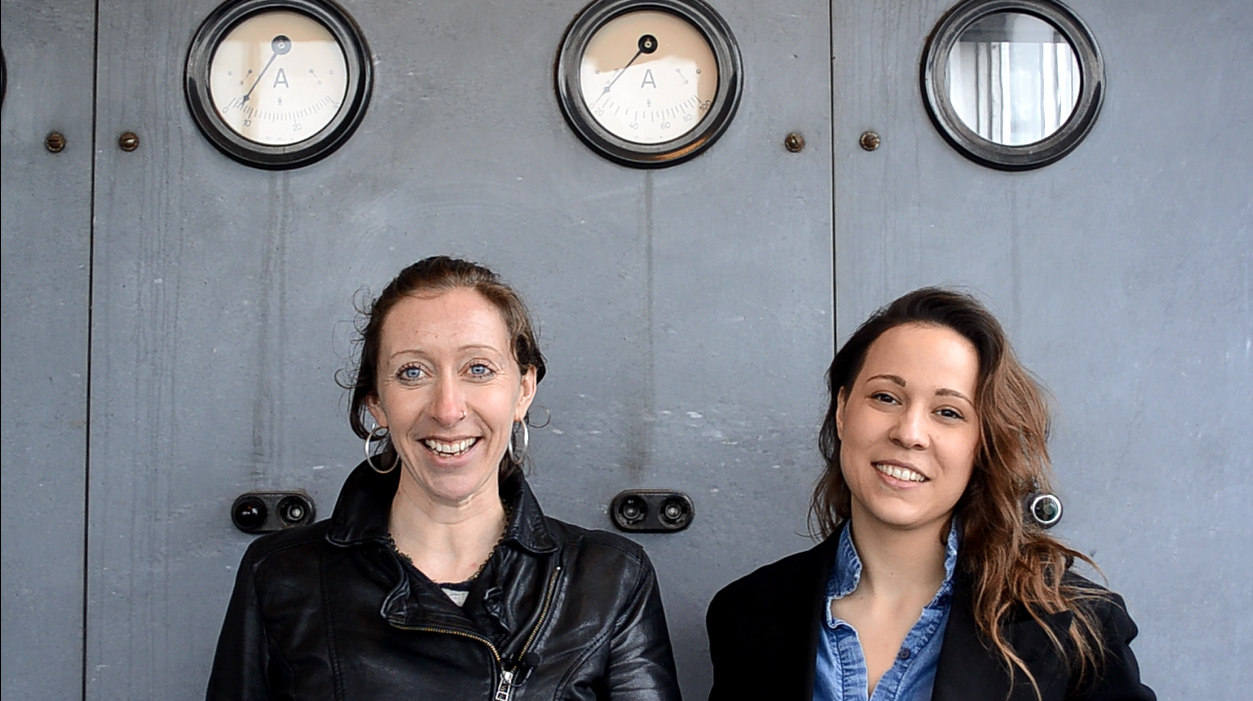 Alison and Ania are two independent architects based in Rotterdam who one day joined forces to make an exhibition about death. Day to day they run their own practices that combine research, art and architecture.

Alison is the founder of Killing Architects, a studio for design and research in architecture and urbanism, based in Rotterdam. The studio works mostly at a bigger scale – architectural design work on larger, mixed-use buildings or developing strategies for neighbourhoods and cities. They also do research, events, films and exhibitions that explore issues within the built environment. Everything happens somewhere and while the built environment is shaped by its social, economic and political context, the reverse is also to an extent true – the way we shape our cities and buildings influences what happens in them. Killing Architects is good at working across disciplines, with groups who don’t have a built environment background, bringing an architectural and urbanist perspective to projects where the built environment is important. One example of this is the (re)constructing the city project, which looks at how relevant urban design tools can be integrated into the work of humanitarian agencies post-disaster. We’re also busy looking at financial models for projects which use temporarily vacant buildings and sites, since funding is the main reason these projects fail.

Ania works as an architecture curator and researcher focusing on the socio-cultural aspects of the spatial practice. She is interested in exploring ways in which architecture and urban planning can be cross-fertilized with other disciplines to offer novel perspectives for the culture of the city; and especially in the role aspects of openness and communication play in the spatial, cultural and technological realms. She has also recently started a new publishing platform called the Amateur Cities, which aims to bring together the city makers and thinkers in order to provide both sides with new insight on the new urban processes.

‘Death in the City’ is a touring exhibition about death and modern architecture. First stop, Venice, Italy, 4-11 June 2014.

The theme of death is relevant to us all and where we die is a critical part of that; how and where we die underpin a lot of cultural ideas about what a ‘good death’ is. In the UK, 3% of people want to die in hospital, but 53% do; almost one in three hospital patients in Scotland will die within a year, and nearly one in 10 will die during their time in hospital. As architects and urban designers, we think that it is important to look critically at our approach to death and the places associated with it, so that we can start to create better spaces for death and dying in the future.

‘Death in Venice’ is an independent event, which will be shown at the Ludoteca Santa Maria Ausiliatrice in Venice (Italy), from 4-11 June 2014. It will exhibit the evolution of the relationship between modern architecture and our understanding of and approach to death over the last century.
The exhibition lends its overarching theme from this year’s Architecture Venice Biennale, which will focus on the ‘Fundamentals’ of architecture and the theme ‘Absorbing Modernity 1914-2014’.

“After several architecture biennales dedicated to the celebration of the contemporary, Fundamentals will look at histories, try to reconstruct how architecture finds itself in its current situation, and speculate on the future.” – Rem Koolhaas, curator of the 14th Architecture Venice Biennale

The development of architecture related to death and dying has been, over the past decades, as vivid and significant as the development of other modern ideas that shaped the contemporary city. Nevertheless, it is rarely foregrounded in the architectural history of the 20th century. We decided to bring this topic to the discussion of fundamentals and modernity because death is fundamental and its changing place in modern society is worth significantly more attention from architects and urban designers.

For  ‘Death in Venice’ we also invited LUST – a multidisciplinary graphic design practice established by Jeroen Barendse, Thomas Castro, and Dimitri Nieuwenhuizen, and based in The Hague – to work with us on developing the graphics and experience of the exhibition. We wanted to work with LUST because their work spans a broad spectrum of media, from traditional print work and book design, to interactive installations. But also because they share our interest in exploring new approaches to design at the point where new media and information technologies, architecture and urban systems and graphic design overlap.

Here is an example of one of their recent installations.

here is where you can find us!